“I didn’t see anything” 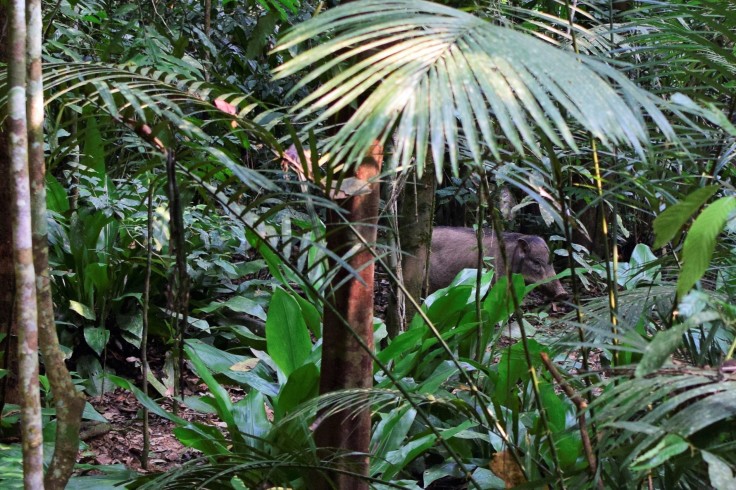 Today I went for a walk, it was a humid day in Taman Negara and the jungle seemed busy with life. I stretched my senses as I walked to try and pick out which noises were animals moving close enough to see. The saturation of sights and sounds made it hard to differentiate between wind rustling the leaves or animals making a similar sound. There is a difference though, I started by assuming all sounds were animals and over time it became more apparent which were actually animals. After that started to seem easier it was much harder to tell the size or kind of animal making the sounds, sometimes squirrels sounded like Tapir or monkeys or a falling leaf would confuse it all together.

After  20 minutes walking a saw a rustling branch low to the ground and the first second I spent thinking it was a squirrel before my mind kicked in and said “wait, it might be something else”. I paused and after another second a boar as big as a big dog walked out from behind the foliage, a few seconds later a few small boars trotted past. I was surprised, I had heard they were very difficult to see. And maybe they are.
I watched them for ten minutes before they grazed out of sight. I kept walking slowly after that, hoping to see a Tapir or some deer. I didn’t see anything other than squirrels until 15 minutes later I saw a tiny shape moving a little ways off from the trail. It didn’t have a place in my folder of animals I’ve seen and in a few seconds I saw it was a mouse deer. I don’t know why their tails flick up and down every few seconds, it seems like the only weak point in their camouflage. Than it was scared off by loud walking people coming up behind be on the trail, they didn’t stop to see why I was staring into the trees.

After all that I started to wonder why everyone walked so fast and loud.
I saw more mouse deer but after that more and more tourists walked quickly past me and it seemed like a poor time for being an animal near a trail.

I am amazed that people come to the jungle just to scare away their chances of seeing what they came here to see. I don’t know how much of this story is in my mind and how much is true, it just makes me wonder.