Shiny and Grungy- Door To Door 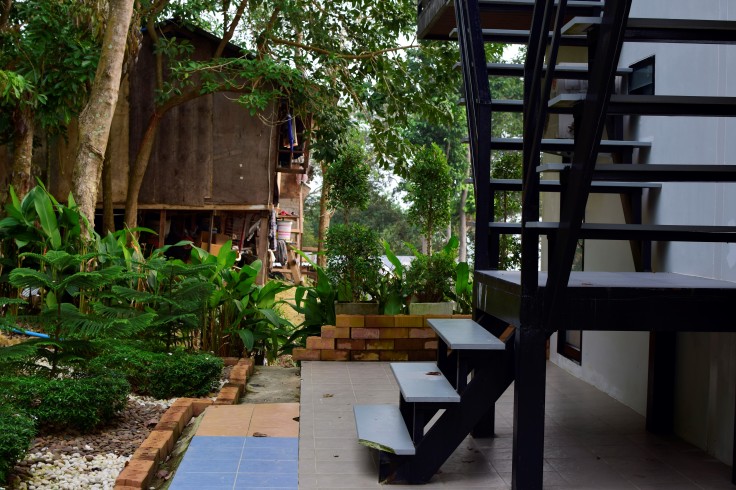 So far I’ve noticed that I can have many dissimilar experiences in a single day here in Malaysia. Today was like that for me. The morning began in a night bus arriving at a bus station on Penang island. I didn’t know thats where I was but soon enough a few strangers gave me opposing opinions and than one person told me to get on a bus that had just pulled up. I did even though I was hardly sure of it and I was soon glad that I had because it took me just where I needed to go. After finding a hostel I went walking until I found a market and I thought that a nice place to sit down, watch people go about their business and get a bite to eat. I had a cup of tea, a cup of fish ball soup and noodles with chicken and mushrooms for 1USD. In the afternoon I paid 3USD for a cup of coffee. The separation between things here is odd. A bottle of water could cost between 25 cents USD to a dollar depending on who is selling it. The way people live is just like that. One person might have a shack and eat rice every day and another might live like a wealthy westerner with a fancy car, house, smartphone, and never need to spend money at the cheap places.
For me I can do either and enjoy it. Some days I feel like 25 cents for tea and some days the 3 dollar coffee is what sounds nice. Its an interesting privilege to try a taste of both lifestyles.